On March 19th, 2015, AWM Global Advisors had the pleasure of collaborating with the San Diego Chapter of the National Arab American Medical Association (NAAMA), and co-hosting well renowned cardiologist and NY Times best-selling author Dr. Sandeep Jauhar. During the presentation, Dr. Jauhar shared with us his perspective on the evolution of American medicine and the growing disillusionment of doctors and patients with the current system. A summary of Dr. Jauhar’s presentation is also included below. Dr. Jauhar is the author of the book Intern: A Doctor’s 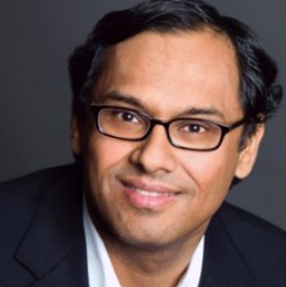 Initiation, which was a national and Indian bestseller and has been optioned by NBC for a dramatic television series. He was a Ph.D. student in physics at Berkeley when a  friend’s illness made him yearn for a profession where he could affect people’s lives directly. After graduating from Washington University School of Medicine, he moved to New York City for internship and residency. During his grueling training at a Manhattan teaching hospital, Dr. Jauhar wrestled with his decision to go into medicine. He asked all the hard questions about medicine today that laypeople are asking—and reached satisfying and often surprising conclusions about the human side of modern medicine.

He has been writing about medicine and health for The New York Times for over a decade. He has also written essays for The New England Journal of Medicine, Slate, New York magazine, and The Los Angeles Times, and has appeared frequently in media venues, including CNN, ABC, Bloomberg, and National Public Radio. He was an AAAS Mass Media Fellow at Time magazine and the recipient of a South Asian Journalists Special Recognition Award for outstanding stories about medicine. Today he is a thriving cardiologist and the director of the Heart Failure Program at Long Island Jewish Medical
Center. He lives with his wife, Sonia, and their children, Mohan and Pia, in New York City.

AWM is proud to raise awareness for organizations, such as the National Arab American Medical Association (“NAAMA”) which share similar values and contribute to the professional, educational, charitable, and humanitarian enhancements of our community. NAAMA is a nonprofit, nonpolitical, educational, medical, and humanitarian organization with strong commitment to the wellness of San Diego Community. Please visit www.NAAMA.com to learn more about NAAMA and the ways you may be able to support their initiatives.

In 2017, AWM Global Advisors was ranked by Advisory HQ as one of the top 10 Wealth Advisors in San Diego. AdvisoryHQ considered at a wide range of factors in the selection process including fiduciary duty, independence, transparency, level of customized service and years of experience amongst others. Details of the selection process can be found in the link below. Firms do not pay a fee to be selected nor are they advised that they are under consideration until after the selection is made. No employees or clients were interviewed during the selection process. Third-party recognition from rating services are no guarantee of future investment success. Working with a highly-rated advisor does not ensure that a client or prospective client will experience a higher level of performance. Methodology for Ranking Top Advisors in the U.S and U.K.